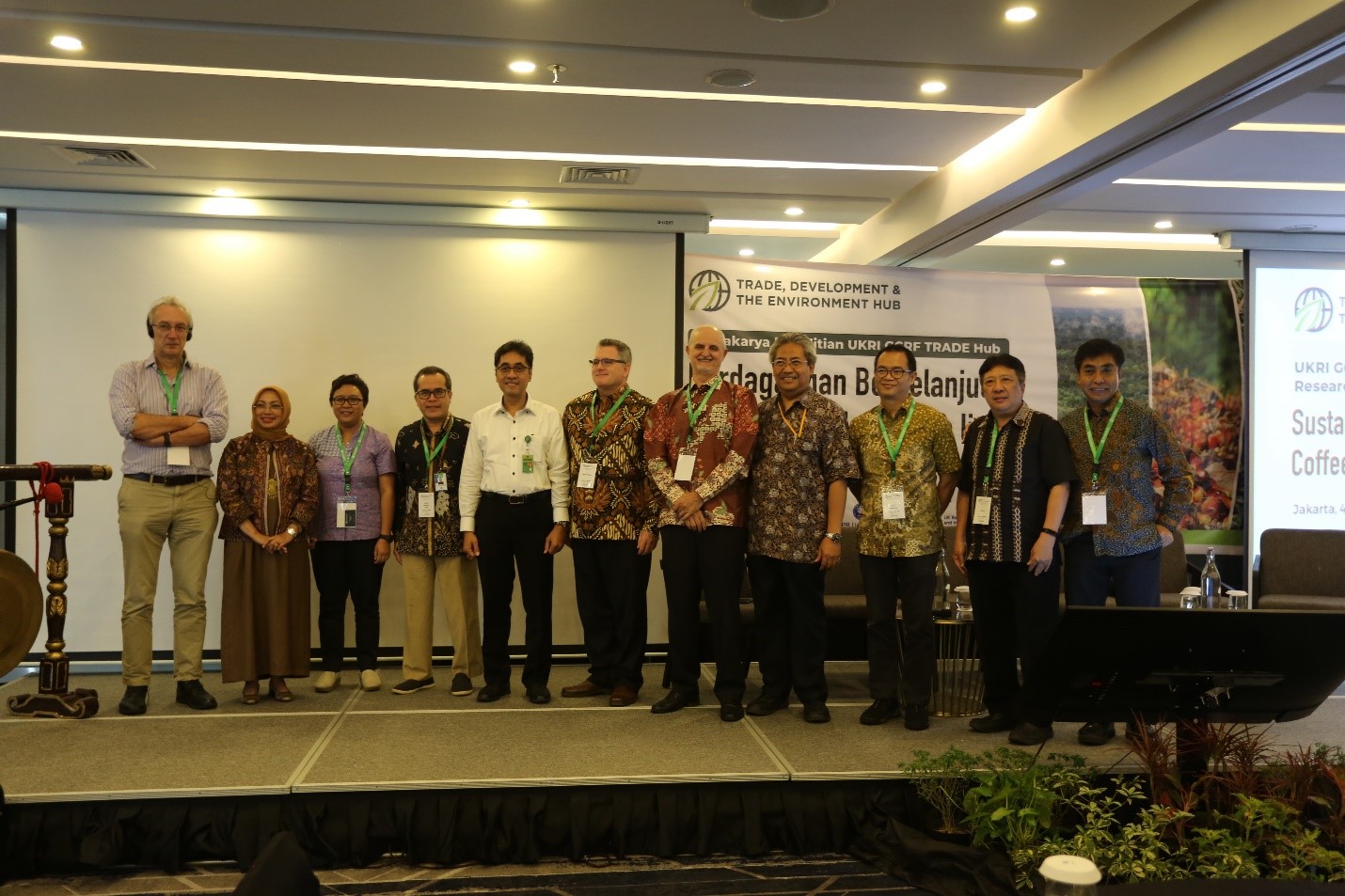 These workshops were to introduce TRADE Hub to key stakeholders, to communicate scoping study findings, and gain perspectives, insights, context, and feedback on the project, framework, and preliminary findings.

Images from the kick-off workshop of Trade Hub Indonesia in Jakarta, Indonesia

Both workshops were successful, and the project was welcomed by key stakeholders in Indonesia’s palm oil, coffee, and wildlife trades, as the TRADE Hub planned to study issues that aligned with key stakeholders’ interests and responsibilities. Stakeholders participating in both workshops were involved in multiple discussions, and they provided critical input and insight to the trajectory of the project, while also emphasizing the hope that research results will contribute to better practice and governance of palm oil, coffee, and wildlife trade in Indonesia.

The TRADE Hub Indonesia website was also launched at the Jakarta kick-off workshop. This website will provide various research findings and information in English and Bahasa Indonesia, in order to reach global and Indonesian stakeholders.   A published journal article entitled ‘Reconciling oil palm economic development and environmental conservation in Indonesia: A value chain dynamic approach’ was also presented at the Jakarta Workshop.

More images from the launch in Jakarta