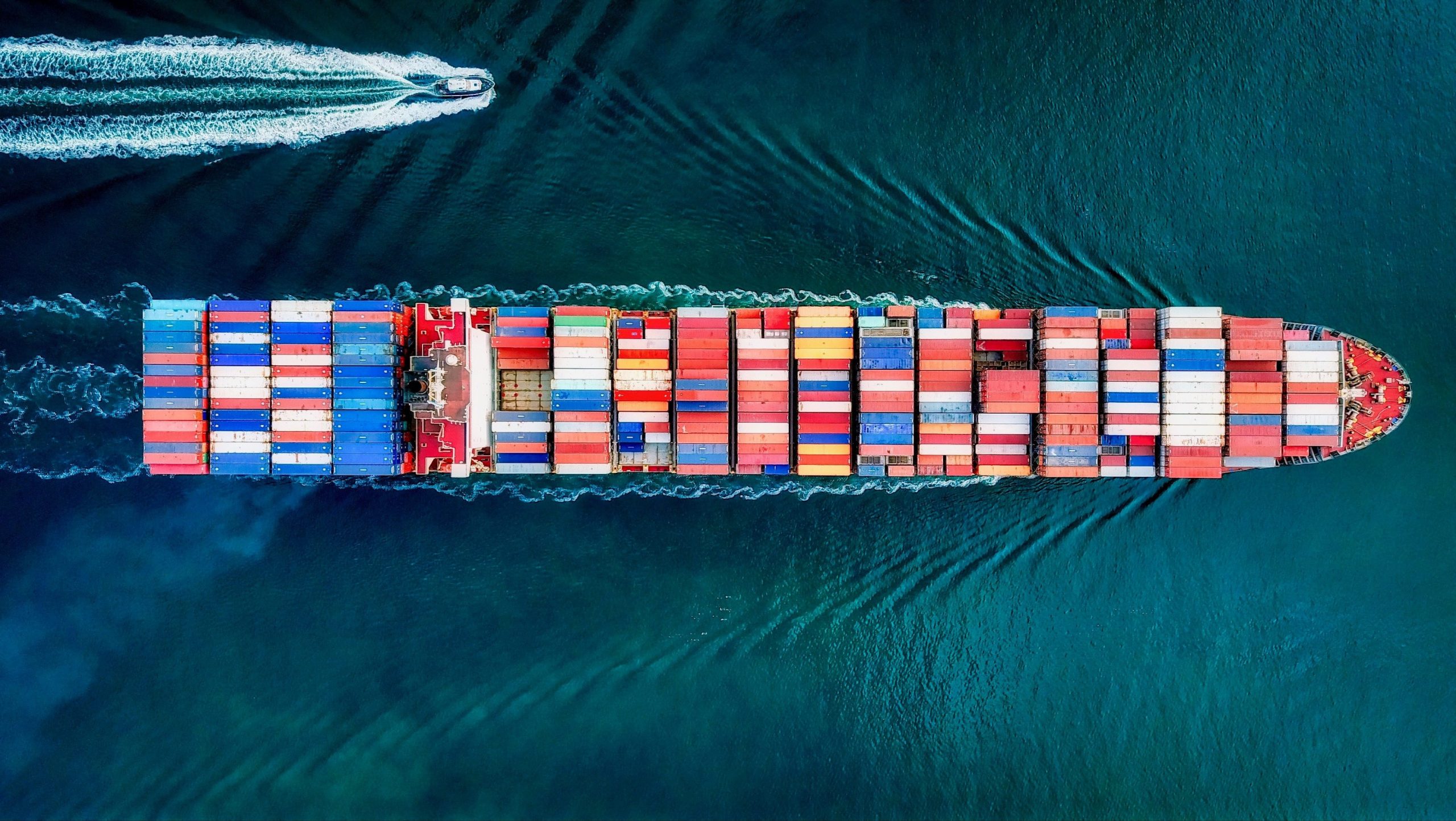 Whether trade is ‘good’ or ‘bad’ for our societies and the environment has been a topic of ongoing debate. This brief is a simple overview of some of the costs and benefits associated with trade, and why it is an important subject.

The mechanics of trade: a quick primer

Trade, as we explore it here, is the flow of goods or services into a country (imports) and the flow of goods or services out (exports). This flow is influenced by a plethora of regulations and incentives, and often controlled at the borders, where inspections are conducted, to ensure compliance. Border taxes are called tariffs and affect the price of goods. Customs regulations can affect the prices too – so called “non-tariff barriers” (NTBs) to trade. The more inspection hoops that goods have to pass through – form filling, physical inspection, testing – the more the flow of goods is slowed down and transport costs escalate.

The ideological underpinning of the expansion of trade is that markets should be as free as possible, without barriers preventing one country blocking imports to protect its local interests, in order to enhance market efficiency. The aim of the World Trade Organisation (WTO) is to liberalize trade via mutual agreement between countries, while ensuring compliance with existing rules. In this sense, signatories are expected to refrain from restricting trade except in a small number of circumstances such as unsafe food, or goods that contravene other treaties, to safeguard legitimate political objectives.1 At the same time, countries commit to treat one product from country A that is the same as that of country B, in the same way. However, whether such products are indeed “alike” has in the past purely been assessed based on the characteristics that differentiate the final product itself, rather than the process and production methods of that product, so they are therefore typically “blind” to the environmental impacts arising from production.

Beyond the generic rules of the WTO, Free Trade Agreements between countries, built on mutually agreed principles, can raise the bar, for example agreeing more stringent environmental, social and governance standards in return for a reduction in tariffs.

Trade can be a “good thing”

Trade happens for a number of very good reasons. In a stable and fair world, countries could specialise in producing what they can do really well, using their “comparative advantage” and export it to countries to earn income which provides the money to buy in things they are less good at producing. In addition, the more global trade there is, the more competition there is: trade itself provides downward pressure on prices. As a result, trade enables an increase in global economic efficiency, and people have access to better products at a lower cost. At the same time, by making available the latest techniques of production, trade can also promote
innovation.

On the export side, trade means producers can sell to new markets, even if there is no market for that product at home. Overall, the expectation is that exports have an overall positive impact on a country’s development trajectory, by enriching producers, provide jobs and livelihoods, and tax revenue for society.

Trade can also be seen as a safety net, or a risk mitigation tool, to build local
economic resilience: If the production of goods varies from year to year, trade allows countries to import goods in which they themselves have a deficit in. For example, if poor weather conditions are leading to less domestic food production than usual, the shortfall can be made up by trade.

Trade policy can also be used to produce more intangible benefits: it can serve as both a carrot and stick in international relations: “we will open our markets to you if you do X, Y or Z” – where X, Y or Z might be respect human rights, animal welfare, stop deforestation or adopt accountable forms of governance.

In sum, trade is typically good for consumers, reducing prices so one can afford to spend less and buy more. It increases choices. From the exporting side, trade incentivises production and economic growth: an important element of the sustainable development goals, as currently framed by the UN.

The downside risks arising from trade mirror many of the benefits outlined above.

By increasing wealth, consumer choice and reducing prices, trade drives
consumption. However, increasing resource consumption is increasingly at odds with environmental sustainability which depends on preserving natural resources, unless consumption becomes decoupled from the erosion of natural capital. Cheaper and more available goods also incentivises more consumption – like fast fashion – where items are briefly used and then thrown away; the lower the prices become the more it
becomes economically rational to create waste.

Global competition, enabled by trade, drives the scale and efficiency of production, but in the absence of environmental and social safeguards, economic pressures may lead producers to reduce environmental or labour standards as a way of cutting costs, and thus exploit the environment and people in order to subsidise production.2 If the environmental and social costs of these economic cost saving measures are not considered, this leads to pollution (of land, water, air and), climate change through greenhouse gas emissions, impacts on biodiversity through habitat loss and degradation, and lower welfare for people or livestock.

Biodiverse rich habitats – like tropical forests – pay little into national coffers, whereas soya or palm oil plantations do; without strong regulation and law enforcement, the incentives from trade can lead to significant conversion of natural habitat to production which may – beyond its impacts on the natural environment – may negatively impact indigenous peoples, peasants and local communities. Whilst the producer country may grow economically, the distributional effects arising from increased trade negatively impact most on the poor and marginalised: economic development may benefit, but sustainable development may not.

Trade-enabled global markets are subject to global competition, which
potentially leads to a “race to the bottom”: if countries are “externalising” the real cost of production onto the environment and people– e.g. through pollution and violation of human rights – it makes it difficult for countries with fair standards to compete; they either get undermined or face pressure to reduce their standards.

Whilst trade provides resilience in the face of some disruptions, the reliance on trade for goods – like food – that are absolutely required for society to function, also creates risks in the face of other disruptions. Historically abnormal events – like climate change impacts which may increase in severity and frequency – can disrupt the market and amplify the problems associated with supply, leading for the potential for systemic societal effects. The food price spikes of a decade ago were created when
a series of events and policies conspired to create a run on the markets, as supply was perceived to undershoot demand. This price amplification was fuelled by some countries stockpiling and restricting trade. Around the world food prices increased out of proportion to the demand shortfall, and many people suffered – having to trade down in quality and go without food. The surge in food prices sparked riots in many countries, like in the Arab Spring, leading to wider-geo-political ramifications that affect both people movement and Middle Eastern stability today.

International trade has upsides for economic prosperity and as an enabler of growth, but it has downsides in economically incentivising unsustainable consumption patterns and over-exploitation of the planet and societies, particularly for communities that draw few benefits from international trade while absorbing the collective burden. It has key distributional impacts, both in producer countries (such as through undermining indigenous people’s rights to manage land or peasants 2 UNEP and IRP (2020). Sustainable Trade in Resources: Global Material Flows, Circularity and Trade. United Nations Environment Programme. Nairobi, Kenya to choose what to grow), and consumer countries (for example, increasing the
availability and reducing the price of calorie-rich food at the expense of nutritionally important food for a healthy diet, undermining diet quality of the poorest). The challenge is increasingly to ensure that trade become fair and sustainable.

Part of this challenge is made more difficult through the lack of transparency in trade, its governance and its impacts. Existing forms of regulation in WTO and regional trade agreements often take place in secret and away from strong democratic scrutiny. Trade negotiations are also that, a negotiation: standards are subject to negotiation and the power lies often with the biggest economy (and the strongest business lobbies). The promises made when a trade agreement is negotiated are often not mandatory nor measured against their impact on the livelihoods of diverse
peoples and the environment. Standards are also negotiated in a range of global fora (e.g. standards relating to food are developed within the Codex Alimentarius Commission), which also diffuses power further and makes it difficult for any one country or constituency, particularly not economically powerful ones, to influence outcomes.

Trade is good, and bad. All societies face the related problems of climate change, biodiversity loss, wellbeing and inequality, trade can help solve these problems, or can make them worse, or both. We need to ensure that trade underpins not just economic development, but sustainable development.

What are the costs and benefits associated with trade for our societies and the environment? 🛳

Read the discussion paper by @GCRF_TRADE_Hub and @ChathamHouse ⬇️
https://t.co/XILxkkj73p
View on Twitter