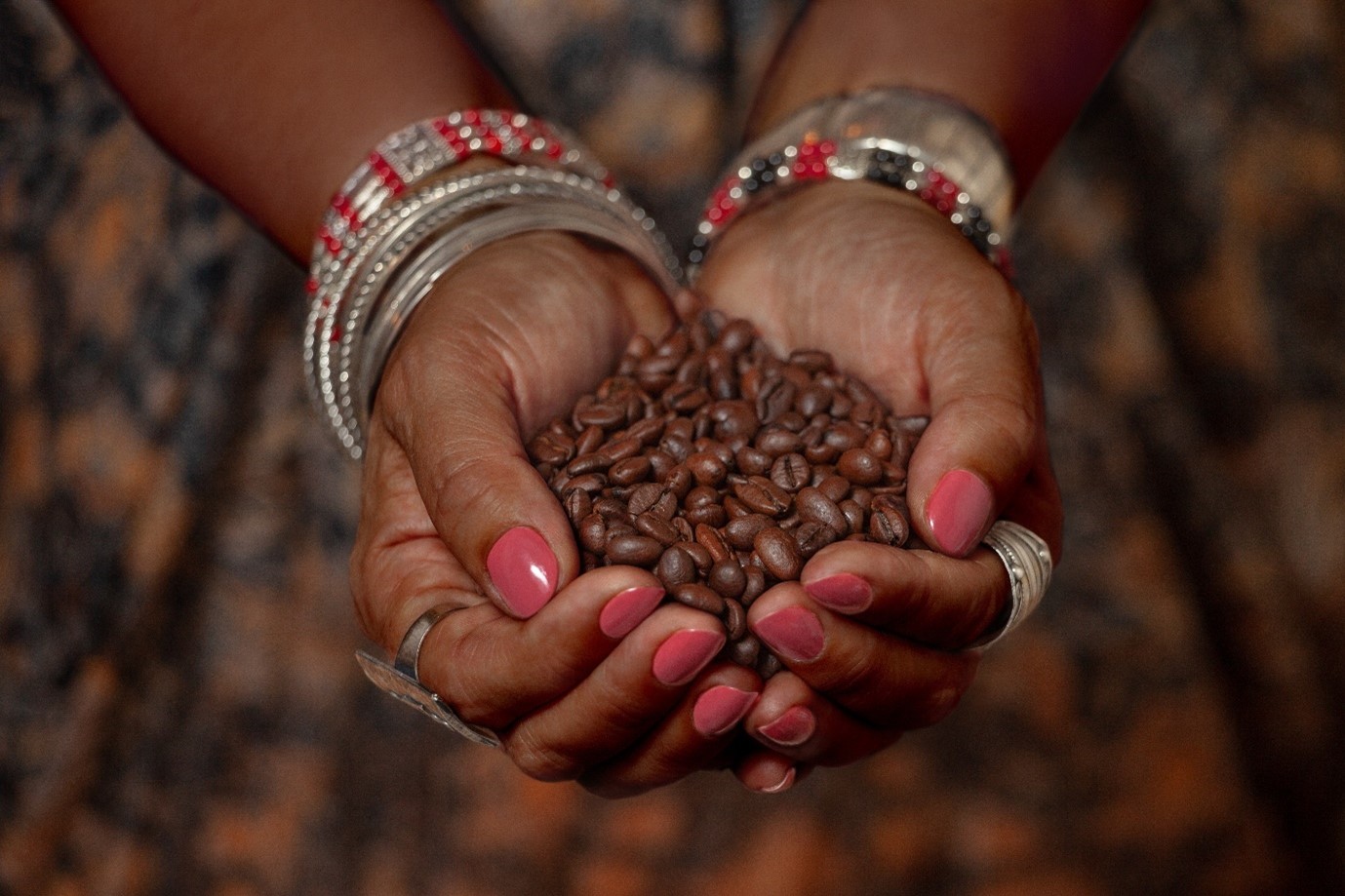 A woman holding coffee beans in her palms. We have teams working on coffee in Tanzania and Indonesia.

Gender inequality is unsustainable. Women make up a greater number of people living in poverty, with those in poverty disproportionately and negatively affected by the consequences of climate change. This year’s International Women’s Day focuses on highlighting the positive contributions many women have made to mitigating and adapting to consequences of climate change. Last year, the TRADE Hub highlighted some of the wonderful female researchers on our team. We have also compiled a reading list with some of our female-authored articles and blogs, to highlight the fantastic work done by women.

The Women in Commodity Supply Chains

Scoping reports from the TRADE Hub highlighted areas of inequity within the production of specific commodities. Within cocoa production supply chains, research in Ghana discovered that resources such as labour and fertiliser were distribution equally among genders, however male farmers tended to use more of them, leading to increased productivity for men.1 This discrepancy was attributed to women lacking access to farm services such as agricultural credits. Female farmers also tended to have smaller plots of land. Reduced access to land and services greatly reduces the opportunity for more equal outcomes.

One potential solution to such gender inequalities is social certification, which mostly encourages equality of opportunity between men and women. Social certified coffee cooperatives also led to greater working hours and equal pay for female farmers, though these results were not universal across all cooperatives, with incidences of discrimination and harassment still occurring in some cases.2 Nevertheless, our cocoa report echoed the positive findings related to certification schemes, finding that targeting technical assistance and land acquisition efforts towards female farmers could reduce inequity.

But there is no equality without equity. Equity means that people’s differences are recognised, and opportunities are offered to them to better achieve equal outcomes. For women in trade supply chains, if bias, stereotypes and discrimination go unacknowledged, equity cannot be achieved, which makes it harder for women to lift themselves out of poverty. The first step in improving opportunities towards gender equality is understanding where bias and discrimination is rooted. The TRADE Hub has conducted research into commodity-specific supply chains, discovering gender differences and opportunities to ensure gender equality today for a more sustainable tomorrow.

Xishuangbanna, in the Yunnan Province, is home to China’s rubber heartland.3 In fact, in 2008 rubber contributed to half the total household income of farmers. Southeast Asia is home to the production of 97% of the world’s rubber and demand is only increasing. In the autumn of 2020, a research team from the International Council for Research in Agroforestry (ICRAF) visited Xishuangbanna to examine the impacts of falling rubber prices on women.

They found evidence of inequity – women often struggled to access the same opportunities in rubber supply chains. For example, their male counterparts had access to motorcycles which enabled them to look for jobs outside of their villages when profits from rubber were reduced. Their access to motorcycles also allowed them to see market dynamics on the ground, which led them to become more informed on rubber production, thus justifying the men taking decision-making roles within their communities. Without equity in access to transport, women in the village did not have the opportunity to achieve equal outcomes in job searching and decision-making. This is an example of an area that can be more inclusive.

However, the bias towards male decision-makers was broken in some ethnic Dai villages. The team found that these stereotypes were challenged in a way that is uncommon to rural China. Within these villages, women’s families tended to own more rubber trees than their male counterparts. As a result, husbands tended to labour on their wives land, as women controlled decisions and home finances. This is uncommon, but demonstrates areas in which the common bias has been broken based on historical, cultural and economic factors.

Despite this, gender imbalances in the ownership and control of supply chain production processes remain common. The TRADE Hub also discovered this in coffee production within Tanzania4, one of the key coffee producers in Africa.

The team found inequity in the ownership and control of coffee production resources. But in discovering this inequity, they also found an opportunity to lessen barriers against the career development of female coffee producers, by creating and circulating coffee production technologies which reduce discrimination. This will be one step in making supply chains more inclusive.

The team also discovered a gender pay gap in the income earned from coffee production and trade. The opportunities for equity in pay explored include: encouraging equal access to land and credit and setting up facilitation services. These measures would help reduce the pay gap, thus improving equal outcomes.

Looking Towards the Future: What we Hope to Achieve

A new TRADE Hub output on the socioeconomic impacts of soy5 found that the positive overall socioeconomic effects largely do not outweigh costs to the environment in soy production. It pointed to the difficulties in collecting gender-related data and highlighted this as an area of future research.

The TRADE Hub recognises that a reasonable level of equality is necessary for sustainability, and that includes gender equality. We strive to ensure gender equality in its organisation as well as making appropriate considerations for gender in our research. One way we do this is through our safeguarding structure to protect vulnerable, persons, including policies, training and expert support.

As the TRADE Hub moves into its third year, gender equality will continue to be considered in more depth, to help ensure a future of trade that is more sustainable for the women along its supply chains. This will be achieved through the continuation of stringent safeguarding measures and further research into gender-related social and environmental issues along commodity supply chains.

What are the costs and benefits associated with trade for our societies and the environment? 🛳